How to find a GP job in Australia?

As a general practicioner (GP), where would you like to work? Australia can be a perfect country where you can practice your profession as GP. It has an outstanding health care system based on a combined public and private provision. In terms of economy, Australia has a higher GDP per capita compared to other countries. It also offer jobs that are well paid and has no NHS bureaucracy. GPs are well respected in the local communities across Australia.

Why work in Australia? Here are some of the reasons:

Most of the GP jobs in the country are in areas where GPs are less in number as well as with group of family doctors. GPs can be self employed or can work in private practice and charged their patients with the services they provide. GPs are paid based on the percentage of billings or a fixed salary package. GP careers are well equipped and modern in Australia. The practice of medicine and medical procedures in the country are one of the best worldwide.

GP job in Australia is similar to Ireland and UK, in relations of clinical work. Practices have nursing support and some have pathology, ultrasound, and physiotherapy. GP are open 12 hours a day and 5 days a week. Their clinic can be a standalone place or in shopping centers. Several GP practices are owned by corporate companies within a state or nationally.

The Royal Australian College of GPs (RACGP) has tightened their policies on who will be accepted. The GP vacancies near the main cities are for Category 1 doctors. GPs in Australia are paid based on a commission on the billings they have, which is based on the type of illness and number of patients they have. GPs in rural or remote areas have salaries combined with bonuses and allowances. Their earnings are higher than those GPs near the city.

Job vacancy in Australia are all for GPs. Employers prefer to recruit GPs who are trained and worked in the countries like UK, Ireland, Singapore, Canada, or New Zealand. You must have specialization qualifications from one of these countries and membership for the right Royal College. GP jobs are open for Category 1 doctors who were assessed by the AMC. Once you are employed, your employer can provide a 457 Business Visa for you. 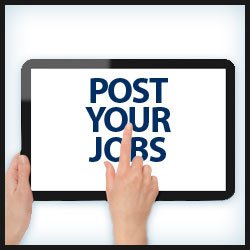